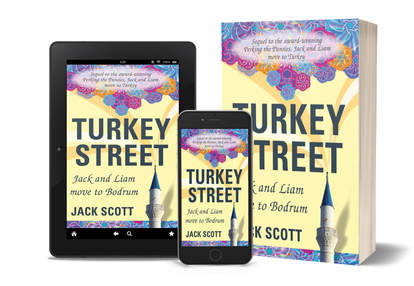 ​Six months into their Turkish affair, Jack and Liam, a gay couple from London, took lodgings in the oldest ward of Bodrum Town. If they wanted to shy away from the curtain-twitchers, they couldn’t have chosen a worse position. Their terrace overlooked Turkey Street like the balcony of Buckingham Palace and the middle-aged infidels stuck out like a couple of drunks at a temperance meeting. Yet the boys from the Smoke were welcomed into the fold by a feisty mix of eccentric locals and a select group of trailblazing expats, irresistible ladies with racy pasts and plucky presents.
Hop aboard Jack’s rainbow gulet as he navigates the choppy waters of a town on the march and a national resurgence not seen since Suleiman the Magnificent was at the gates of Vienna. Grab your deckchair for a whirlwind tour of love and duty, passion and betrayal, broken hearts and broken bones, dirty politics and the dawn of a new Ottoman era.
about the book
Available in paperback, Kindle and ePUB formats

Perking the Pansies
Jack and Liam move to Turkey

A bitter-sweet tragi-comedy that recalls the first year of a British gay couple living in a Muslim land - published by Springtime Books. 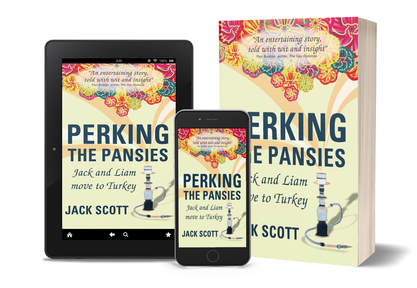 Just imagine the absurdity of two openly gay, recently ‘married’ middle aged, middle class men escaping the liberal sanctuary of anonymous London to relocate to a Muslim country. Jack and Liam, fed up with kiss-my-arse bosses and nose-to-nipple commutes, chuck in the towel and move to a small town in Turkey. Join the culture-curious gay couple on their bumpy rite of passage.
about the book
Available in paperback and Kindle 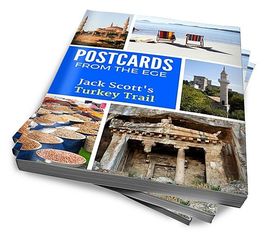 With such an immense political and cultural heritage, it’s no surprise kaleidoscopic Turkey is such a feast – a prime cut of authenticity, seasoned by the West and spiced by the East. Jack Scott knows a thing or two about the country. He lived there for years and travelled widely – to Istanbul and along its south-western shores from Izmir to Alanya. In Postcards from the Ege, Jack shares some of his must-sees and personal highlights. Follow Jack’s trail. Come to Turkey.
about the book
Available in paperback and Kindle

Best of Perking the Pansies
The blog from the Turkey Years

Jack has published the best of Perking the Pansies, the blog, from the Turkey years as a two volume e-book, available in both Kindle and ePUB formats. The uncensored director's cut includes previously unpublished material together with some home-spun practical advice about living the dream. 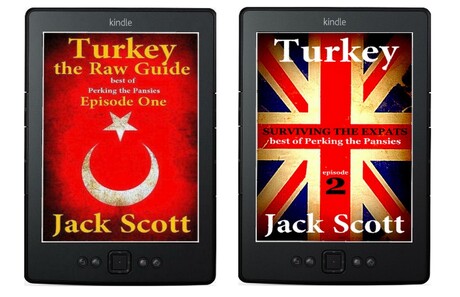